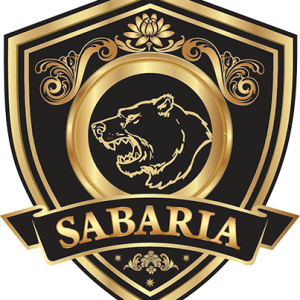 #TeamRadix and Sabaria represented in a big way this weekend!

Check out Coach Rich’s recap of how our Team Radix and Sabaria weightlifters performed this past weekend!

“Soo proud of our team and all their accomplishments yesterday!

Every athlete really showed how hard they have worked all summer and it definitely paid off. I am very excited for this competition year!

Some highlights!
In session 1 both Rob and Raffi put in PR totals! They both went after some big number which they just nearly missed but show what’s possible for the future.

In session two the first group of ladies got to show what they were made of. Jen and Isabel both made some unreal lifts. Jen found out she was much stronger than she thinks she is hahaha and next competition is going to be even better! This session was dominated by one strong women; Tina!! The look she had on her face in the warm up was of confidence and belief. She knew how much work she put in and she was ready to leave it all out on the platform. I’m really proud to see how far she has come and how far she is going to be going!

In session 3, Andrew absolutely had the competition of a lifetime! He had fun, stayed focused, smashed PRs in everything and is capable of soooo much more! Alex smashed an easy 95kg snatch and is so much stronger than he thinks he is. He has a lot of potential in his future and will continue to grow and get better as an athlete. Daddy Los some how can lift heavy weights without much training? I have no idea how but he is an awesome example of composure under pressure and leadership.

In session 4 our ladies had some world class completion to deal with. Good thing they are world class athletes so they had no problem. Amanda decided to play a joke on Steve and miss her first two snatches but then went up and stuck it like a boss and then put it together with a huge CNJ to get a PR total! Nicole is probably one of the strongest and most focused athletes on our team and she really showed it. I mean if your starting attempts are 86/98 in the 69kg weight class you know you are here for business! Can’t wait to see what she does this year.

The last session was the Sabaria show. In the snatch out of 9 attempts we did not miss any lifts and all 3 athletes hit PRs!!!! Joe killed 112, lucas his 110 and Chris with a HUGE 128 on his way back from an injury. There’s nothing more to say about these guys other than they were a dream to coach and deserve all the accomplishments they achieved on the platform yesterday!

A big thanks to Steve for coaching all day and prepping us for this competition.”

Congratulations Sabaria, we love having you as part of the Radix family!
Keep up the heavy lifting 🙂

We have everything you need — experienced fitness coaches, nutritionists, a fully equipped facility, and located in a convenient central location.